Premise: You are a group bound by your forgotten pasts and unexpected immortality. You will explore the wilderness and ancient ruins, searching for details of your past as well as helping civilization reclaim their lost homes. You will contend with several factions vying for power as well as fight against the minions of the Archdruid who are dedicated to destroying civilization forever. Can you help lead the kingdoms back to glory, or are they destined to burn?

Campaign Shape: As a player, are you looking for a casual experience focused on killing monsters and gathering loot? Would you rather experience an epic quest? Or do you want complex character building and the opportunity to pursue your own goals? 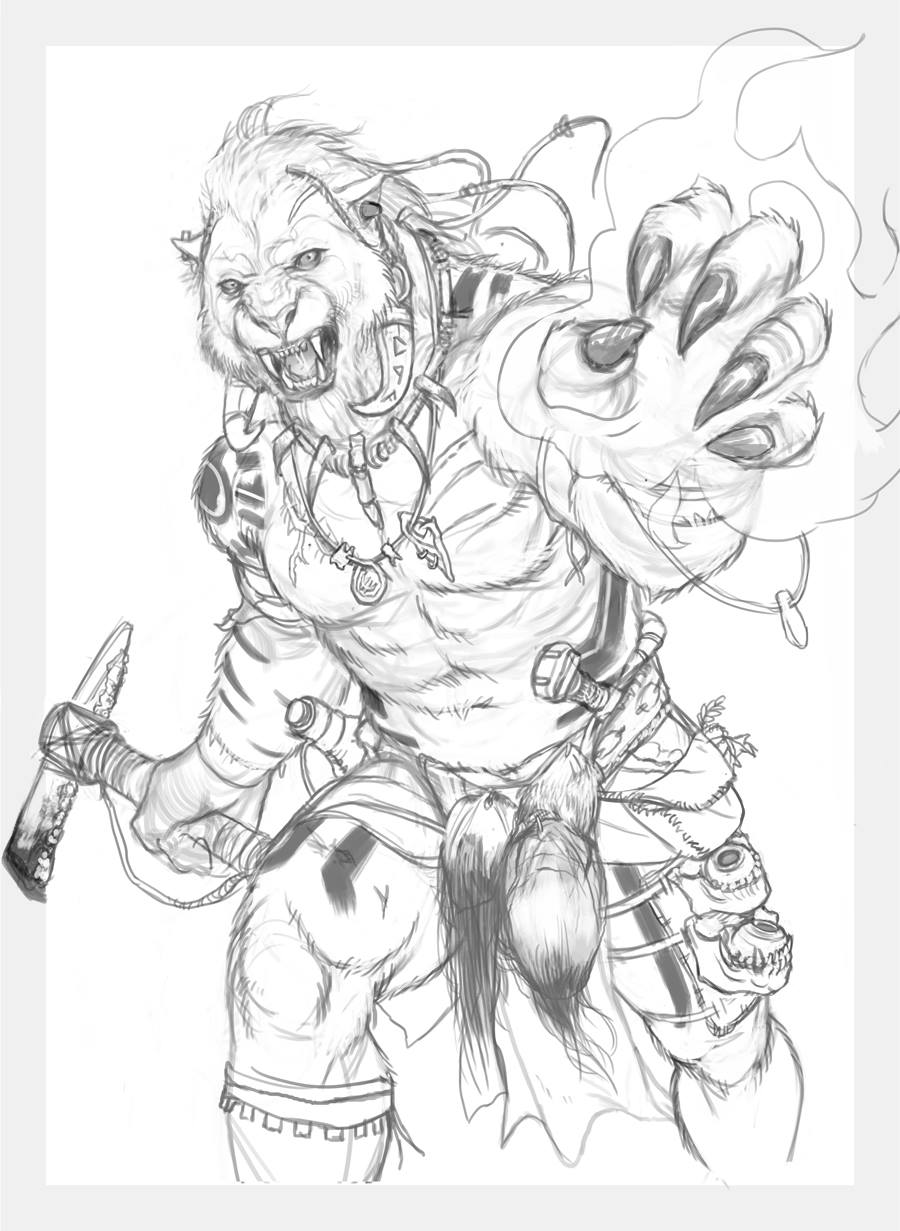 This is the Archdruid (the primary antagonist) from Fragged Kingdom. He waged a war against a great alliance of Kingdoms, as he destroyed their cities he planted (fast growing) forests, jungles, rivers, swamps, and other wildlands in their place.

He's an Ursai (Remnant) who believes the All-Being and god Neph (god of the wild) are one and the same. One of the primary tenants of Neph is that all of the primary sentient races (including the Ursai) should not have been created and that cities and civilization above all else should not exist.

This character helps to setup the three major themes of Fragged Kingdom.

- Exploration (rediscovering ruins left in the wake of his war).
- Religious tension (there are 3 major faiths, and this character is a blend of 2 of them).
- Civilization/Culture vs The Wilds/Nature (druids are the primary antagonists of this setting).

Ascendant campaigns can view previous versions of their pages, see what has changed (and who did it), and even restore old versions. It's like having a rewind button for your campaign.

We've already been saving your edits, so if you upgrade now you will have instant access to your previous versions. Plus, you get a 15-day free trial, so there's nothing to lose.

I'm sorry, but we no longer support this web browser. Please upgrade your browser or install Chrome or Firefox to enjoy the full functionality of this site.